Full of life and love in the liveliest of ways
gradually percolating through me until you filled each pore of my heart
filling me with an expectant energy
exuberant animated alive
Your heart is speaking loud
even in your absence
my heart is flying
It can’t be contained
I find you in my waking hours
I feel you in my slumber
All we are is true
from beginning to end
A day like today-once upon a time-defined us
creating such truth that love would never be the same
You were designed to inspire and awaken my soul
With each word we became us
I’ll always think of you as me forever to be
memories alone will get us through
Chasing the dream that I see
My heart is running free
as it should be..

clenching so tight her hands hurt
every muscle tense as perspiration bubbled on her soft pale skin
she gasped, as she realized the battle was done
The long hard struggle was no more..
Breathing in deeply, she fell to her knees collapsing in tears..
Her tired mind no longer racing, the turmoil silenced..
She tried putting thoughts together;
wondering how she’d ever breathe again..
She wanted to
She wanted to try but all she could do was cry
She told herself to move, to leave it all behind
But without him, there was no place to go..
She couldn’t fathom the unthinkable
The dark night beckoned her with promises untold
Closing her eyes, her hands fell open as her face softened..
Her soul gave way to the dark night
What had begun was done..

Tender whispers of love thundering through me
I hear it trying to break through
Tears rolling gently down my face as they silently splash the floor..
There is no anger, no rush, no push, nor condemnation in these emotions.. Just the sweetest tug of assurance that life is awaiting..
encouraging me to leave behind the fear that binds and chokes so tightly
The whispers & tears delicately wrapping around me ever so tenderly
determined to draw me back into life
Until they uncover my heart from the dark shadows that have numbed it..

Yesterday no more..
Death has been my constant companion for many a days now
flirting with my mind
taunting me
Trying to spin around me like a spider webbing his victim..
cloaking me with fear
I battle through
Death won’t take me
It shakes me
It wakes me
But will never break me..
Death can’t own me
I’ve been set free
I’ll face my trepidations with courage for I know I’ll grow..
understanding not all things are easy to accept
while some things are worth dying for..
I have no control so I’m letting go
I’m not behind me
nor in front
I’m right here right now – in the present – this is the moment that counts
I will live it like I mean it while I can
because life is more than me.. 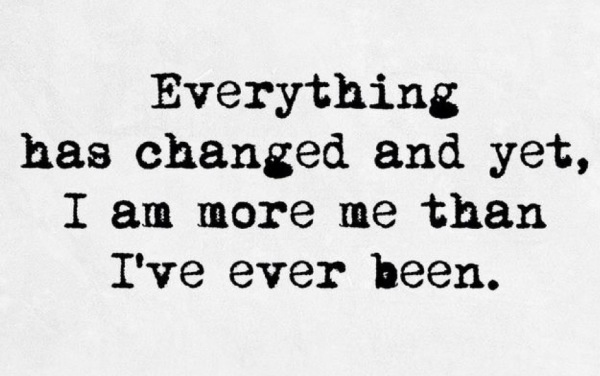 Transformed
utterly and wonderfully changed
You sustain the rhythms of my heart
It’s all swirly and you let it fly
You allowed me to reveal myself
live myself
love myself
I’ve lived in dark so long
Never knew my own worth or inner strength
You let me in to discover me
breaking down all illusions I died in
Metamorphosed me
creating a riot in my heart
it’s a wonderful world
an incredible adventure to be wildly mad with you..